Growing up I had a friend w 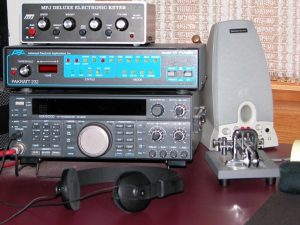 ho was into Amateur radio also known as Ham.  You could spot his house a mile away with the huge antenna on his roof.  Back then kids interested in amateur radio joined a Ham Radio Club and were then relentlessly teased by their fellow classmates.

What we didn’t know then was that those kids were on the forefront of wireless communications which will become so important in the future.  They were communicating far and wide before cell phones were even a dream.

Ham radios may operate from just above the AM broadcast band (1605 to 1705 kHz) to the microwave region in the GHz range with many ham bands found above the AM band to just above the citizens band (27 MHz). These bands are often referred to as short-wave bands which “bounce” off the ionosphere from the transmitter to the receiver’s antenna. The higher the frequency the “shorter” the wavelength.  This is different than FM radio and TV stations which use line-of-sight frequencies and are limited to 40 or 50 miles.

As a kid, I asked my Dad what it would take to get started in amateur radio and his response, money.

The equipment or “gear” for ham radio is expensive.  Radio components such as modulators, demodulators and tuners are traditionally implemented in hardware components which are expensive.

All that changed with the advent of modern computing and analog to digital converters which allowed most of these traditionally hardware-based components to be implemented in software.  This led to the creation of  what is now known as Software Defined Radio (SDR) which enables easy signal processing and the production of inexpensive wideband scanner radios. 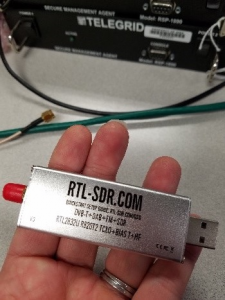 The RTL-SDR operates in the 500 kHz – 1766 MHz frequency range and connects to a PC or laptop via USB.  The open source software application SDR# can be used to display the measurable frequency spectrum and even demodulate FM radio so you can hear music.

Other inexpensive SDR followed including the HackRF (https://greatscottgadgets.com/hackrf/) which can operate up to 6GHz.  It is considerably more expensive at $300 but higher frequencies require more expensive components. 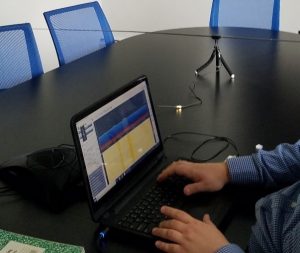 Now anyone on a budget, including hobbyists (like me) can access the radio spectrum. This type of scanner capability would have cost hundreds or even thousands of dollars just a few years ago.

So what can you do with SDR?  This list is just few ideas from the rtl-sdr blog:

So what is TELEGRID doing with them? We are creating exciting solutions for the US Military using this technology.  We just and can’t talk about it here.  If you want more information or have a new, exciting idea that requires a custom RF solution, please give us a call at 973 994-4440 – we love to talk about RF!

Want to learn more.  Click on the following links: